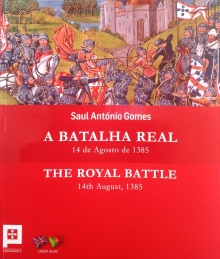 This famous battle, fought on the afternoon of 14 August 1385, on the fields situated between Leiria, Porto de Mós and Aljubarrota, guaranteed the independence of the kingdom of Portugal and enthronement of a new and triumphant dynasty, had been known by the portuguese generations closer to the actual time of the event as the Royal Battle. However, this name was gradually replaced by the name "Battle of Aljubarrota", which was fully incorporated in the national memory by the end of the Sixteenth Century. It is the process which led to this onomastic mutation of such an important historical event that we seek to investigate, offering the reader a text of reflection around this issue which combines portuguese collective memory with the making of History by Historians